#103: The Importance of Phototrophic Bacteria in EM


It has been 36 years since EM was developed, and now it is the 34th year since the use of EM became widespread. If it were not effective, it never would have been used this long, or been used so widely around the world. As I mentioned in reports in the previous issue (102nd), and in DND (university venture start-up support site), Fukushima radioactivity measures using EM have also achieved steady, good results. 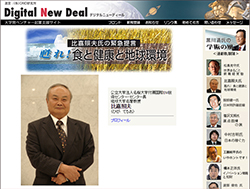 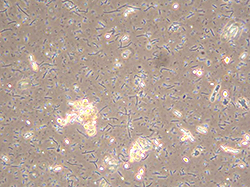 The effects of EM are built on the complex symbiotic relationship centering on phototrophic bacteria in combination with fermentation bacteria such as lactic acid bacteria and yeast. When the amount of EM applied reaches a certain level, the type and number of microorganisms in the soil overwhelmingly increase, bad bacteria quickly declines, with the microflora made up mainly of good bacteria.

Therefore, tips on good use of EM are to make good quality activated EM, and continue to use EM until you get good results. If you don’t get desirable results using EM, then it is because you are not following these principles when using EM.

With the development of metagenomic analysis, genetic analysis of microorganisms in the environment that cannot be cultured has become possible. As a result, the microflora of complex microorganisms that I have advocated from 36 years ago, in other words the improvement of the microbiome, turns out to be the correct conclusion.

At the present day, creating healthy fecal transplantation through improvement of the microflora in the gut, as a state-of-the-art medical technology that is effective in a number of incurable diseases, has led to a blossoming in the number of live bacteria food products. The results are, of course, due to the functionality of the biologically active substances produced by microorganisms.

Regarding this functionality, in the case of EM, 1., as I have been describing for over twenty-five years, this involves 1. antioxidation action, 2. non-ionizing action, and 3. the conversion force (rectification force) whereby harmful energy is catalytically made harmless or converted to useful energy. These facts have led to the reality of applying EM to do away with radioactivity, which has reached a level that no one can deny now.

Even though those doing joint research at the time admitted this fact, they have hesitated to publish the results because it is impossible to explain them theoretically. For this reason, I decided publishing these would be entirely my responsibility, and released these in 1997; because of this, I became seen as a fake scientist representing phony science. As mentioned in the previous issue (102nd) then unclear accident in Fukushima has shown my argument to be correct. 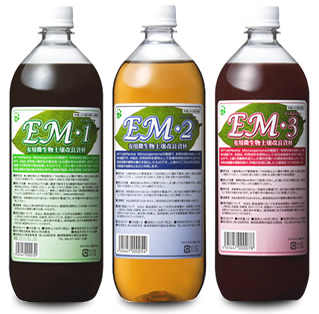 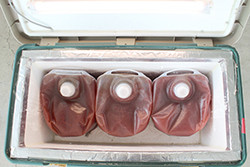 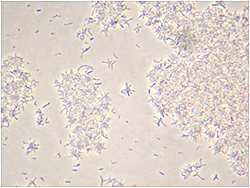 Indeed, in an analysis method on that level, that is correct, but my answer to them was as follows: “Because EM・1 is strongly acidic, with a pH of 3.5 or less, phototrophic bacteria are in a cyst state, and are dormant. After application there is germination and they revive and proliferate. In this case, lactic acid bacteria and yeast, etc. will significantly increase these effects, but activated with molasses (culture) and exposed to the sun, the mixture will turn reddish. When you examine it at this point, you should be able to detect a large number of phototrophic bacteria. However, if you still can’t detect any, be sure to perform metagenomic analysis.”

From the need to strengthen the function of phototrophic bacteria in EM in the wake of the nuclear accident in Fukushima, we have proposed a variety of enhancement methods. The first is to culture EM・1 in seawater, which suppresses bacteria that are an inhibitory factor in the growth of phototrophic bacteria. The next method is to expose the activated liquid to direct sunlight greater than or equal to 35℃. If the light is insufficient, shine the strongest light possible on it, with a focus on incandescent light. After one to two weeks, when it has reached the stage where the activated EM liquid has turned from orange color to reddish, then use it. The third method is to use it in conjunction with materials, including charcoal and smoked husk charcoal, etc., which contain carbon and silica, which have strong rectifying energy.

As a matter of course, if you use EM Bokashi mudballs made with EM activated with seawater, and further add 20% to 30% charcoal, and bury them at 2-3 meter intervals, this will significantly accelerate the elimination of radioactivity. In the previous issue (102nd issue) the case studies from Fukushima were the result of implementing these methods. If you want to increase the phototrophic bacteria from the beginning, add EM・3 in an amount equal to EM・1.

These methods all have been made public, and have shown good results not only as measures to deal with radioactivity, but they also exert a significant effect on crop production, on all sorts of environmental pollution measures, and on the recycling of organic matter.

In this series I have introduced a variety of limit breakthrough phenomenon, which many people have implemented and have obtained very satisfactory results. If we wish to expect even more good results with EM, and desire an even more stable use of EM, we must not forget that it is essential to enhance the phototrophic bacteria in EM.