The shrimp industry in Ecuador began at the end of the 60’s, when the development of the salt lakes began. Due to its profitability, they started shrimp farming in agricultural lands and mangroves, too. In the 80’s, it had grown to 600% , making Ecuador one the biggest exporters worldwide.

Then, the shrimp crisis hit Ecudor in the late 1990s, as a result of the white spot disease, causing a drop in production, from 250 million pounds to 80 million.

Since 2006, the national production has started to recover its volume. And, in 2012, 450 million pounds were exported. According to the Institute for the Promotion of Exports and Investments of Proecuador, exporting shrimp generated foreign currency USD 1,276.9 million during 2012, which was the second biggest, after bananas, in the non-oil exports of the country.

After the appearance of the White Spot Disease and the continued crisis caused by the disease, EL ROSARIO ERSA S.A., decided to shift their shrimp farming with the use of EM Technology.


・The empoyees of EL ROSARIO ER S.A. are happy to work in a healthy environment with a enviroment- and people-friendly product.
・The ecological balance of the environment which had been affected by the use of antibiotics and chemicals in the production system was recovered.
・Greater efficiency in the decomposition of organic matter and in the reduction of toxic metabolites.
・Incidence of pathogenic bacteria was reduced in the growing medium and the digestive tract of shrimp.
・Harvested shrimp does not contain any kind of contaminants, and they are good for the health of the clients and the end-consumers. 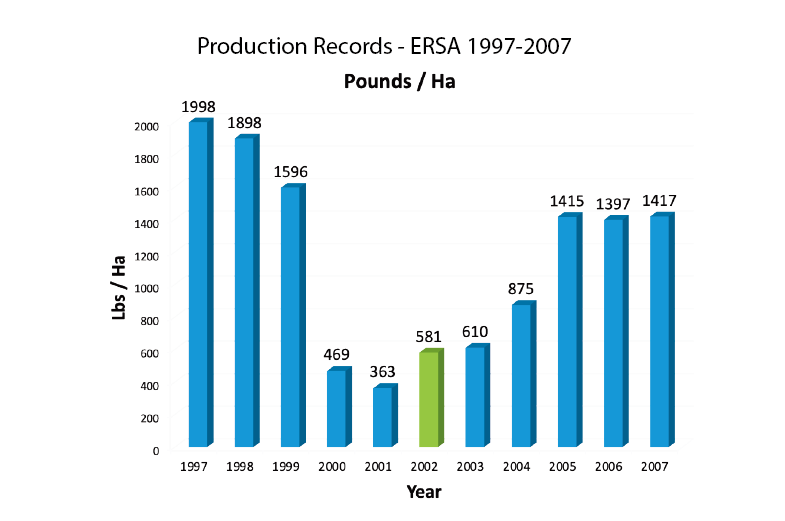 Production per ha per year 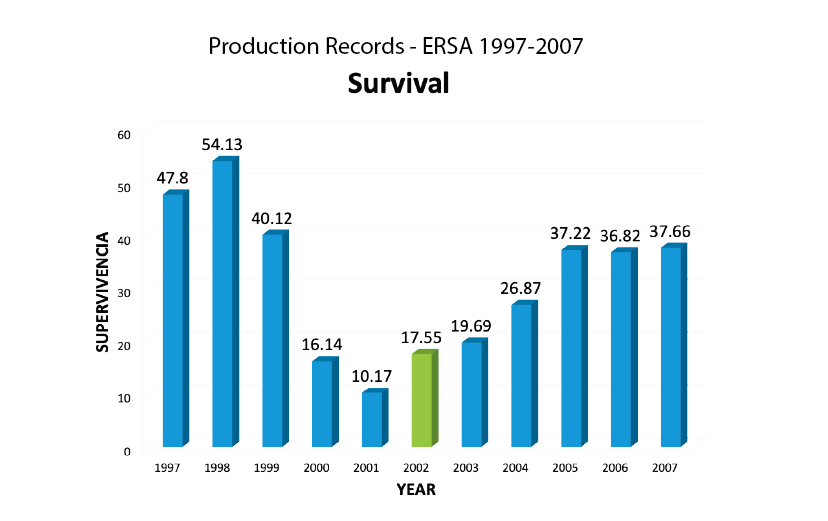 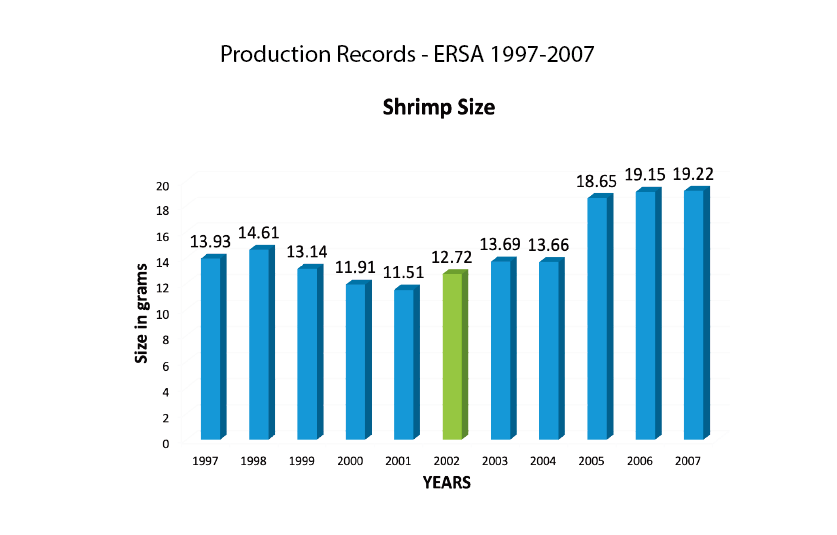